The neighbours get rambunctious in the fall

We’d already caught three mice this fall, but I knew there was still one in the house. I could hear it rummage around in the under sink cabinet in the kitchen.  It had been avoiding the trap for weeks.

This morning, however, it was caught. It must have fought like a lion — the trap was half-way across the kitchen.

But when I released it in the woods, it refused to come out of the trap, even though I found it a dark brush pile. I finally managed to tap it out, though it was holding on like a chimney climber, all four feet against the walls. 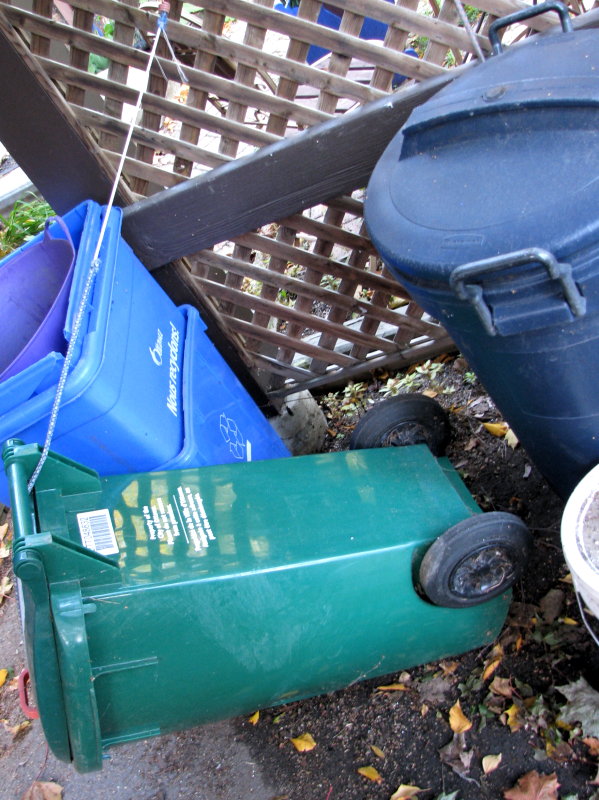 When I came outside, I realized the raccoons had been trying to get into the trash again.

Our bins have locks, but it took the rascals about two weeks to figure those out. They’d push the bin over and open it up.  So we bungee-cord it to the fence.

This is the first time they’d been trying to destroy the cord. It’s quite frayed at the end. Wonder how long that’s gonna hold. The raccoon that gets a face full off snapped bungee cord is going to be really surprised.

This entry was posted in Uncategorized and tagged wildlife. Bookmark the permalink.